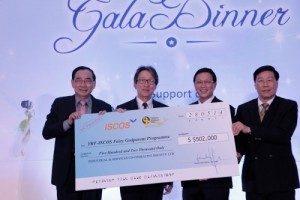 Friends and partners of ISCOS collectively raised more than $500,000 through its 25th Anniversary Gala Dinner on 28 May 2014, at the Sands Expo & Convention Center. The funds will go towards the Yellow Ribbon Fund-ISCOS Fairy Godparent Programme (FGP), an initiative that supports children of ex-offenders.

The highlight of the evening was the special skit and dance number by the FGP children based on the theme ‘No shortcuts in life’.