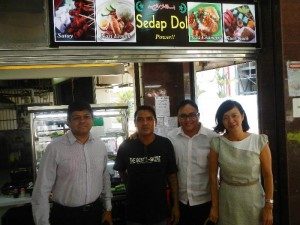 Zulkhairee, 42, a member of ISCOS started up a Malay food stall at Geylang East in mid-April, after successfully completing the ISCOS Entrepreneurship Training in August 2012. He was assisted to apply for business loan by ISCOS’ training provider, Princeton Mind.

With the assistance from his wife, Zulkhairee was able open the stall inside a coffee shop, selling Malay food. He gets up as early as 4:30am to prepare for the stall and works until 10pm every day. The father of three looks forward to grow his business and provide a comfortable living for his family.