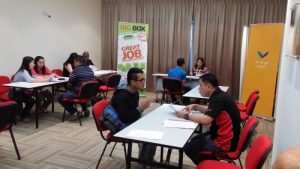 The full day event was held on 18 September at ISCOS. Each member had the chance to discuss potential job opportunities with four different employers from the logistics sector.

After the emplacement of members in suitable jobs, ISCOS will work closely with them to upgrade their skill sets through subsidised training under the SOAR Programme.