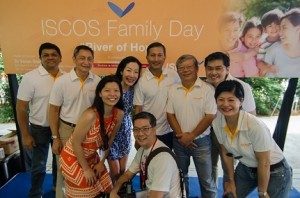 A total of 335 ISCOS members and their families were inspired by the strong message of hope during the ISCOS Family Day held at the River Safari on 6 September 2014. Law firm Baker & McKenzie.Wong & Leow collaborated with ISCOS to organize the event for the second year running and 50 staff volunteers from the firm participated in the fun and games.

Through this year’s theme ‘River of Hope’, beneficiaries were encouraged to embrace the value of hope through various activities. Guest-of-Honour, Dr Vivian Balakrishnan, Minister for Environment and Water Resources and Member of Parliament for Holland-Bukit Timah GRC, shared in his speech that it is with hope that there is a better tomorrow and a better future, and that hope is essential for every human being.

ISCOS would like to thank Baker & McKenzie.Wong & Leow for its unwavering support and is looking forward to future collaborations.