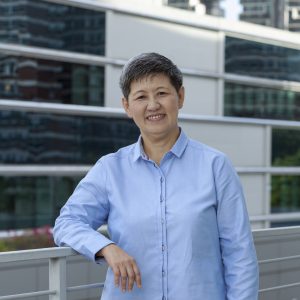 We bade farewell to Mr Patrick Ng, ISCOS’ Executive Director on 28 February 2017. Mr Ng is a senior prison officer who had served the co-operative for more than three years and now returned to the Singapore Prison Service upon completion of his service term with ISCOS.
With effect from 1 March 2017, Madam Lisa Lim joined ISCOS as the newly appointed Executive Director. Formerly the Superintendent of Institution A5 with the Singapore Prison Service, she facilitated rehabilitation programmes for inmates and actively engaged the prison volunteers through regular dialogues. She was also involved in engaging the volunteers from South-West District for the Yellow Ribbon Community Project (YRCP). These experiences in the aftercare sector will greatly add value to her current role in ISCOS.
Welcome aboard, Madam Lisa Lim!
Previous StoryWHAT’S NEW?  Tan Ean Kiam-YRF-ISCOS Bursary Awards
Next StoryVisit the Prison with ISCOS!