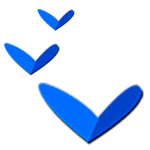 The job fair was held at the National Volunteer and Philanthropy Centre (NVPC) auditorium on 8 May, 2010.

At the fair, besides holding brief informational talk sessions for the former convicts, JobStreet.com had a booth that featured jobs from JobStreet Classifieds. The fair, arranged to help find jobs for former convicts, also allowed them to share their employment experiences.

One of the participants, Sheelan, 35, shared how he managed to get hired as an operations executive trainee in hospitality industry, just three days after his release last July, with the help from ISCOS

Over 2,200 employers have committed to employ former convicts. This is an increase from the 1,700 employers recorded in 2008. These employers are registered with ISCOS and the Singapore Corporation of Rehabilitative Enterprises (SCORE).

“Employers realize that former convicts have the skills for the job and that they can be equal to or better than ordinary citizens. Their attitudes (towards former convicts) have changed tremendously over the last few years,” Abdul Karim, ISCOS executive director of development, said.

He added that the Yellow Ribbon Project has contributed to the acceptance of former convicts by the public and employers.

As part of its CSR policy, JobStreet.com is proud to have directly contributed to the success of the ISCOS Job Fair.