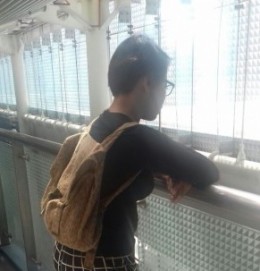 Not many women with incarceration background would be willing to share their life story. But Hujibah is no ordinary woman.

At a tender age of 18, Hujibah was already struggling with marital, motherhood and family issues. To make things worse, her frequent fights with her husband caused by their differences eventually led to divorce.
Sensing that all the emotional pains were too much to bear, Hujibah turned to and sought solace in drugs to numb herself. It was her way to shun away from life’s turmoil, oblivious to her parents’ and daughter’s feelings. Before she knew it, she was already hooked on drugs.

In 2010, while at a friend’s house, the police conducted a raid where Hujibah got arrested and was put in jail for the very first time. Unfortunately, her incarceration did not deter her from going back to her old ways, after her release in 2011.

Continuing her wayward lifestyle, it was only a matter of time before Hujibah landed herself in prison again. Previously, prison meant escape and a sanctuary from the difficulties she faced in life. But this time, the experience behind bars was somehow different. Through the outreach activities by various religious and support agencies within the prisons, Hujibah’s mindset was challenged and inspired to change.

She thought about her mother and daughter who have been her greatest supporters despite her wrongdoings. She yearned for a bright future alongside them. She wanted to give herself a second chance and not to waste her life on drugs. She became focused and determined to start afresh.

Upon her release in 2015, Huijibah sought assistance from ISCOS and signed up for a subsidised course in International Computer Driving License (ICDL) under the SOAR programme which she successfully completed. Her hard work paid off and she now happily works for a fitness company.

Now with a more positive outlook in life, Hujibah looks forward to fulfilling her dreams and aspirations, to seeing the great things life has yet to offer. Eager to learn more, she recently enrolled for another course in Business Services to further hone her skills. She considers her life experience a stark reminder that failures in the past can never stop oneself from turning your life around, as long as you put your heart and mind into it.