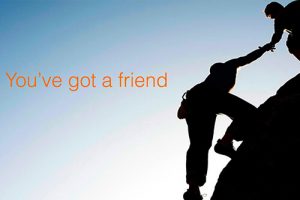 For most people hitting 40 years old, they would have been established in their career and settled down. But for Mazlan, aged 47 years, he has just started his life of normalcy a few years ago. From the age of 18 till his early 40s, Mazlan had been in and out of prison, throwing away a good 15 years since he was first caught up by the law for a drug-related offence.

Mazlan was brought up by his relative when his mother passed away during his infancy. Being separated from his father and two elder brothers since young, he gradually found solace among his gang of friends. Influenced by bad company, he committed offences such as drug abuse and shoplifting. The early years of imprisonment did not deter him.

In the later years and through religious support and motivational books, he gained strength and courage to start anew. “Having served so many years inside the prison, I finally made up my mind to turn my life around and I know it is never too late for me,” said Mazlan.

In 2011, he learnt about ISCOS through a recruitment talk inside prison and immediately signed up as a member. When he was released at 45, he realized he could not keep pace with the changes that had swept through the society he knew and be on his own.

However, this did not dampen his desire to change for the better. Mazlan joined the ISCOS Support Group to seek practical and emotional support. At the support group, he was comforted by the sharing among his peers, who themselves were in the same boat as him and trying to turn their lives around.

In April 2012, Mazlan took the Building Construction Supervisors Safety Course under the ISCOS Skills Assistance Subsidy Scheme (SASS). Following his completion of the course, he saw a $300 increase in salary as he moved from event management into building and construction industry. He was grateful for the opportunity to upgrade and improve his career prospects.

One ambitious dream that often crosses his mind is to own a halfway house so that he can help other ex-offenders by providing a friendly shelter and upgrading their skills. “I want to be successful and inspire other people to lead a brighter life. My goal is clear and I am striving towards it,” said Mazlan.

Currently undergoing a certificate in Workplace Safety and Health, Mazlan is determined to advance his career for a better life. “I am constantly aware of my past mistake and conscious of what I am doing so that I do not fall into the same trap,” he said.

With such self-awareness and determination to carve out a brighter future, we believe that Mazlan is on track to achieve his bigger goal and contribute back to the community.