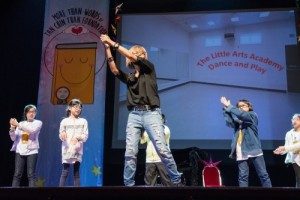 Tan Chin Tuan Foundation (TCTF) concluded its ‘More Than Words’ Programme with a finale concert on 11 September, which was held at the Nanyang Auditorium at the Nanyang Technological University. The concert was performed by young participants of the programme and invitations were extended to 20 ISCOS family beneficiaries and staff.

In addition, a book entitled “Singapore 2114: My Dream, Our Future”, which consists of stories written by young participants of creative writing workshops sponsored by TCFT, was launched during the concert. The stories reflect the hopes and dreams of the children for our nation.

We congratulate TCTF on a successful programme that provided a platform for children and youths to showcase their talents and inspire other young minds.